The Angel of Africa visits eMba 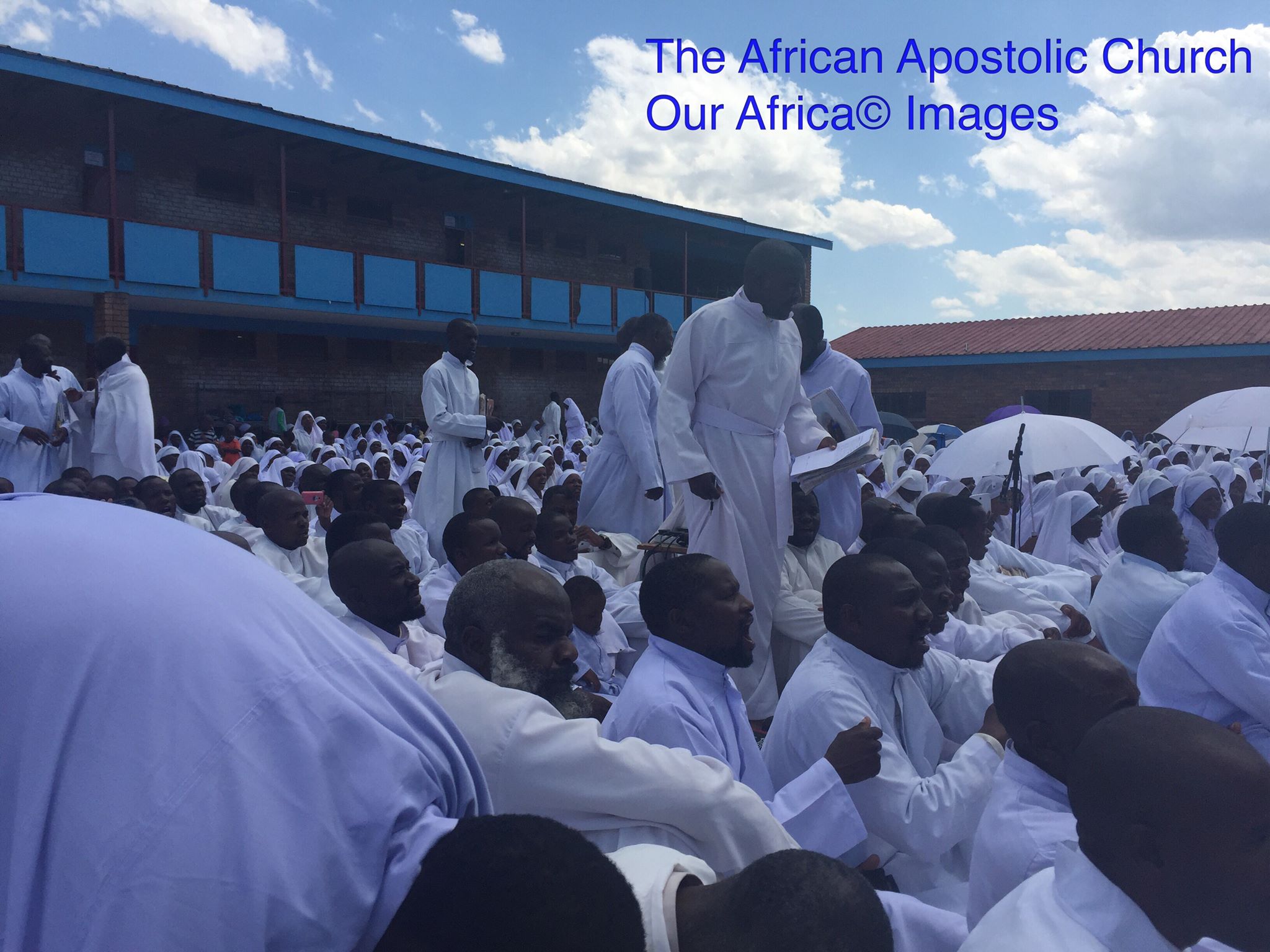 One of the members of the African Apostolic Church, Rev Daniel Magaragada, said his wife died in 1996 but was resurrected after Mr Mwazha had prayed for her.

The congregants, whose leader is Archbishop Paul Mwazha, came from all corners of South Africa as well as African countries such as Mozambique, Malawi and Zimbabwe.

The archbishop, who is also called the Angel of God, received his calling in 1951 when a voice of the Lord called him while he was travelling in an open lorry with church members who returned from an Easter Day prayer.

The 97-year-old Mr Mwazha from Zimbabwe was christened Mamvura, meaning child of the water, because his parents thought he was going to die.

Every child born in the same year apparently died of influenza after the World War Two and were buried along riverbeds and in waterlogged areas.

In their religion they believe that every infant who dies, should be baptized before being buried.

Archbishop Mwazha’s congregants said he died, but rose again during his baptism by Father Schimdt of the Roman Catholic Church.

Archbishop Mwazha founded his church in 1959.

During his visit to eMbalenhle many more members were welcomed to the church and some were also baptized.

One of the members of the African Apostolic Church, Rev Daniel Magaragada, said his wife died in 1996 but was resurrected after Archbishop Mwazha had prayed for her.

The woman is still alive and the Ridge Times located her to get confirmation.

She confirmed that it took place.

Other church members who witnessed her death, also confirmed that she had died and was resurrected.

During the testimony service, members testified that they were unable to have children, but after the man of God had prayed for them, they had children.

Some said they were ill and were healed after being prayed for.

The church which still observes the 10 Commandments, including Sabbath, strongly believes in Jesus Christ as the Son of God.

They also have a branch in eMbalenhle and worship at the Thomas Nhlabathi High School.

11 thoughts on “The Angel of Africa visits eMba”